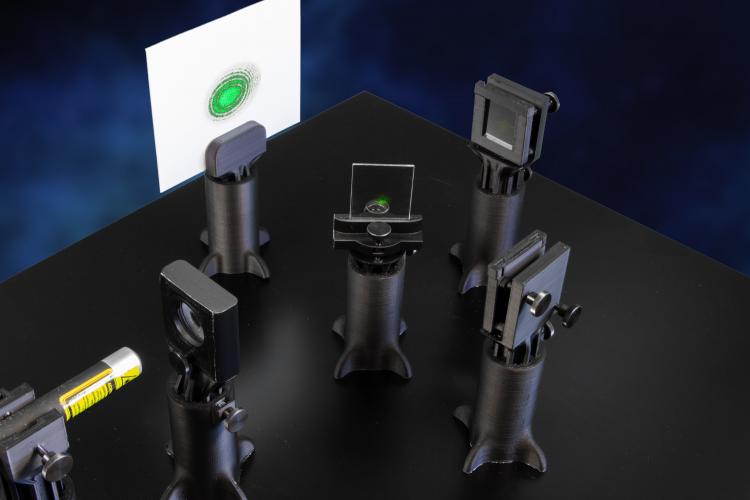 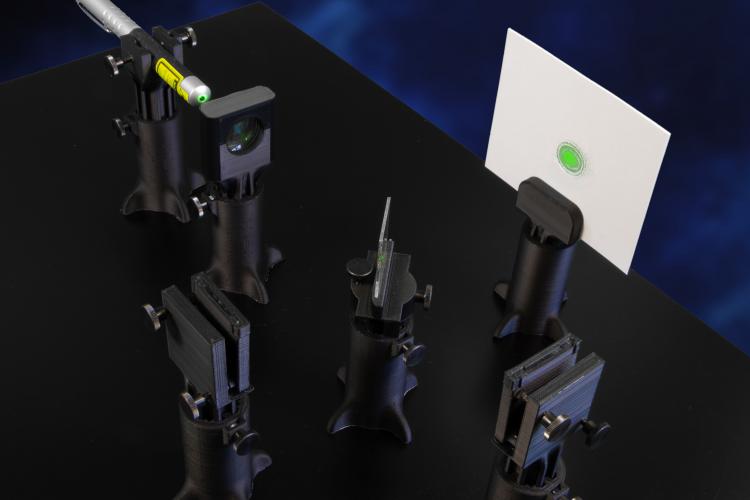 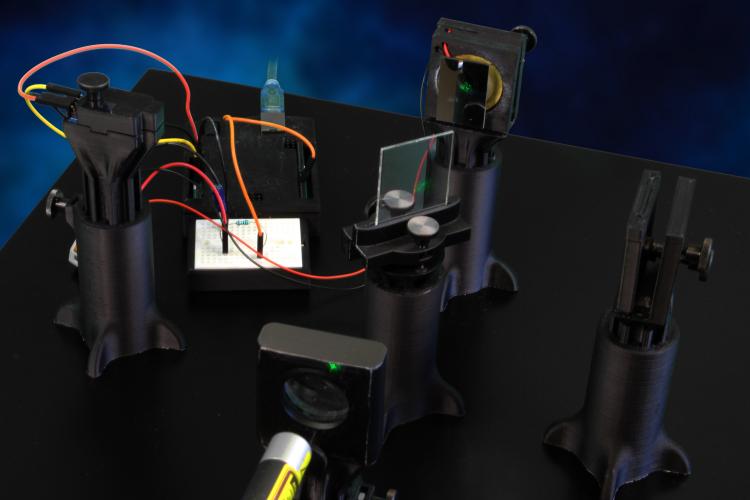 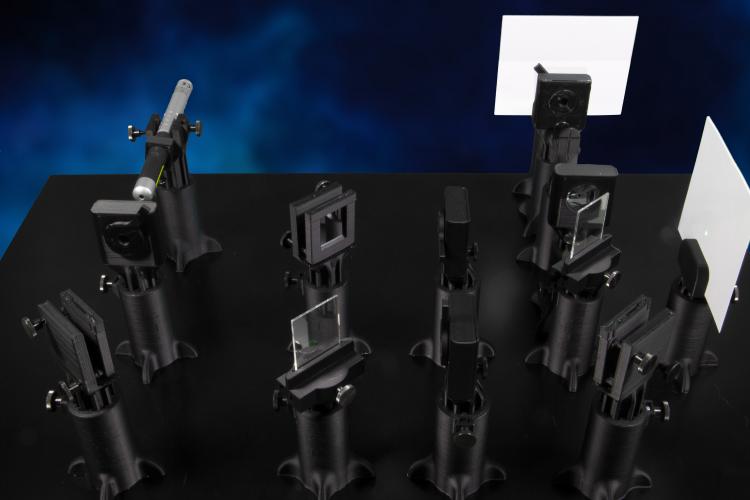 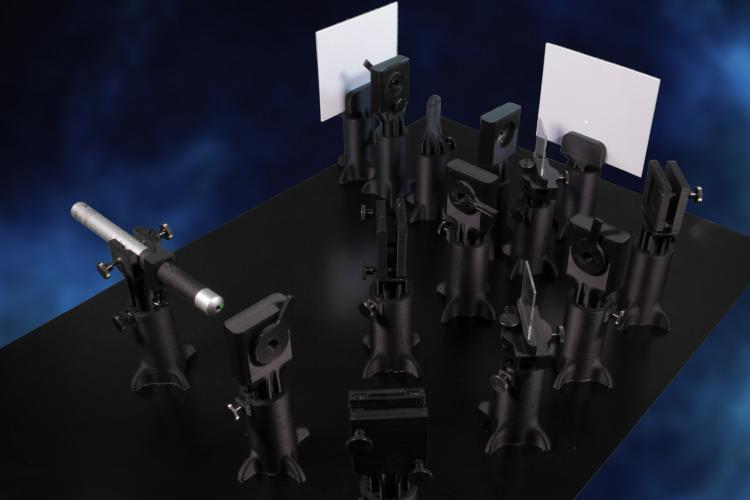 Space, time, and matter are among the most fundamental concepts we rely on for structuring our understanding of the surrounding world. In the past, fundamental research has made the most astonishing discoveries on the nature of these and has shown that our everyday understanding cannot be quite right.

Many times, advances in our understanding are closely tied to sophisticated experiments, which are, however, often not easily accessible to a broader public. Now, with the growing popularity of 3D printers, many of those experiments can indeed be conducted at home, on your very desk.

Scope of the project

In this line of reasoning, this project proposes a Do-it-yourself 3D printed Laserlab, which allows for hands-on experimentation in the realms of Special Relativity and General Relativity as well as Quantum Physics. Technically, the Laserlab consists of 3D-printed optical mounts that are complemented by inexpensive components such as screws, magnets, or mirrors. Once assembled, they serve as building bricks for experimental setups, very much like those you would find in a professional photonics laboratory (but for a fraction of the cost).

What you can build

At its heart, the Laserlab is a photonics lab that allows building various interferometry setups, such as a Michelson-Interferometer, a Mach-Zehnder Interferometer, or a Quantum Eraser.

Currently, three major experiments are proposed (but you are free to also devise your own): 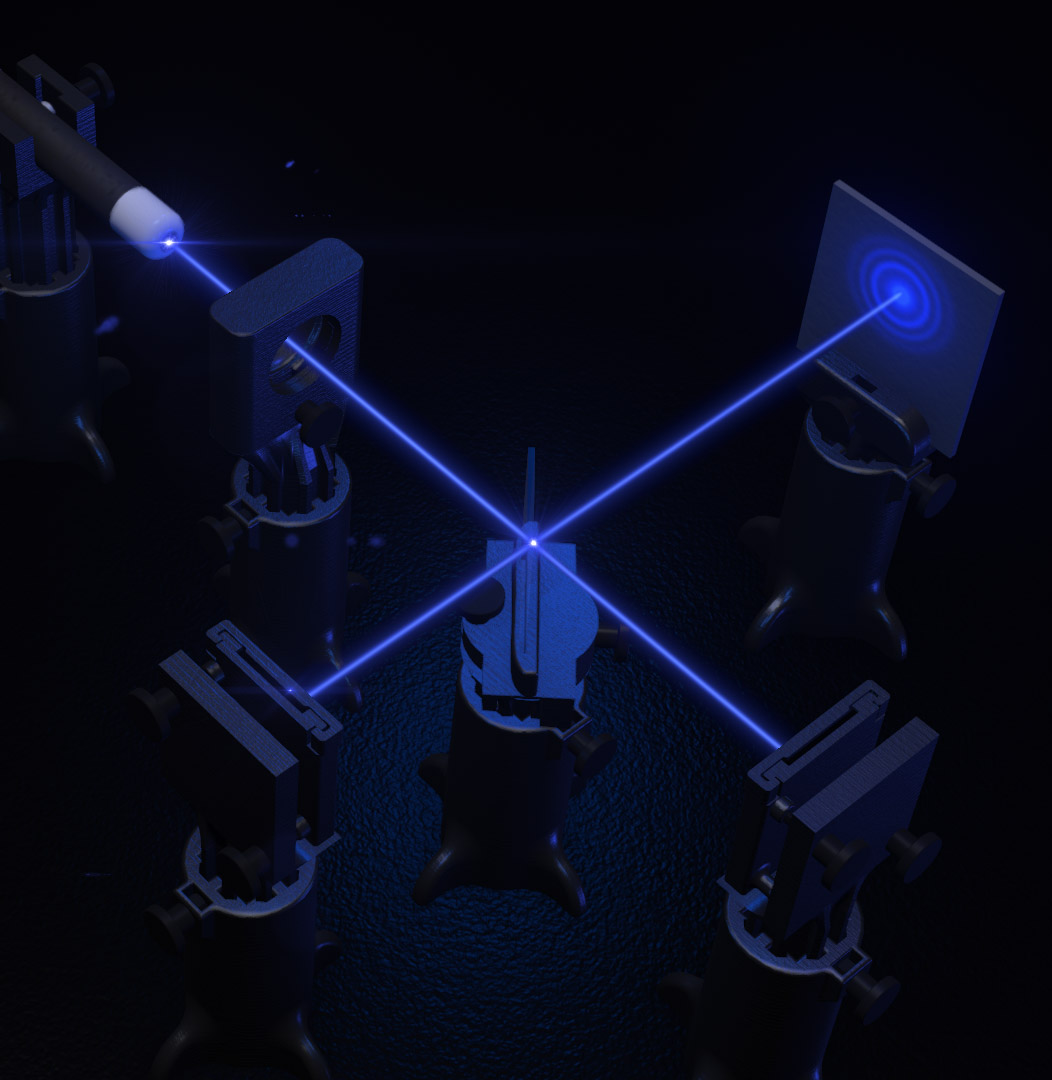 Ever dreamed about 3D-printing your very own laser lab? Now you can! Print yours today and start exploring core ideas of special relativity, general relativity and quantum physics: https://t.co/W5Y7ortPv4 pic.twitter.com/gRDBZ0D62z